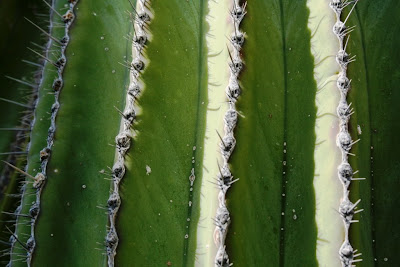 There are many places in the world we desire to see, visit or even live there. But there is only one place in the whole world so unique that unites an incredible history, rich nature, inspiring flora and fauna, colorful culture and opportunities to live your life fully. Experience Mexican free spirit in Baja.

It was the daunting combination of arid land, the scarcity of water and the hostility of the natives towards the Spaniards who were searching for famous pearls of the land that made the colonization of Baja California Sur extremely difficult. Bajaâ€™s first inhabitants are thought to have arrived to the peninsula at least 11,000 years ago. In around 1700 B.C. four different ethno linguistic groups were encountered, PericÃº in the south, between Cabo San Lucas and La Paz and on several islands in the gulf; the Guayacura from La Paz to south of Loreto; the Monqui, around Loreto; and the CochimÃ­, in extensive areas throughout the middle of the peninsula. You can still catch some of their spirit in caves at Cueva de Palma, San Gregorio, Sierra de San Francisco and Sierra de Guadalupe.

The European discovery of Baja happened in 1530-ies, by FortÃºn XimÃ©nez, HernÃ¡n CortÃ©s and others. Over the next century and a half many of explorers and pearl hunters came to the shores of peninsula, but had no lasting impact until late 17th century, when a missionary in Loreto was established. Later, in 1768, Franciscans took over the control of Baja California Sur, and in 1773 Dominicans. Their influence had a significant effect to a decrease in the population of the indigenous people.

After the Mexican War of Independence (1810-1821), Baja was divided into four municipalities. Loreto, the oldest settlement of the region with more than 300 years of history, served as the capital until 1830, when heavy rains destroyed the city and forced the government to be moved to La Paz. The territories of Baja California Sur and Baja California were formally established in 1888, and Baja California Sur became a state on October 8, 1974. That year the first trans-peninsular road was completed, followed by the airport and â€¦ you know the rest. Beautiful but remote Baja came within reach and in the last two decades it has become the most rapidly developing area in all Mexico. Once a fishermanâ€™s dream, beautiful, exotic and mystical Baja became one of the unique places in the world we can never get tired off.

Some of the amazing facts about Baja (and thatâ€™s only some of the reasons why I love it):
Â· Extreme desert conditions of Baja have produced thousand of endemic species of plants and animal life found nowhere else in the world.
Â· El Vizcaino Desert with the average rainfall 5 cm (2 in) per year is the largest wildlife refuge in all of Latin America and certainly the most diverse. (virtual tour)
Â· Baja California Sur, bordered by two seas, has the longest coastline of all Mexican states at more than 2,000 km (1,243 miles).
Â· Baja features more islands than any other Mexican state. Although most of the islands are located in the Gulf of California, the largest one is Margarita Island, on the Pacific side.
Â· Sea of Cortez is the most biologically rich body of water on earth. So much in fact, that Jacques Cousteau proclaimed it â€œthe Worldâ€™s Aquariumâ€.
Â· The cardÃ³n cactus, the worldâ€™s largest species of cactus, grows on the Baja California peninsula. It can reach heights of 21 meters (70 feet).
Â· Rock shelters in the Sierra de Guadalupe and Sierra de San Francisco feature larger-than life cave paintings of humans and animals.
Â· Every year from mid-December to mid-April, hundreds of grey whales arrive off the coast of BCS from the Alaska shores. Whale-watchers are proud to see whales jumping up to 40 feet in the air. 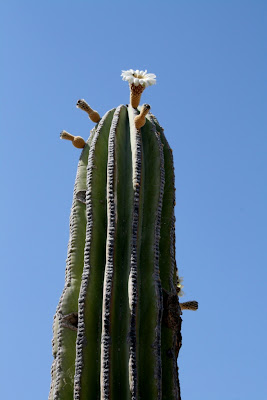 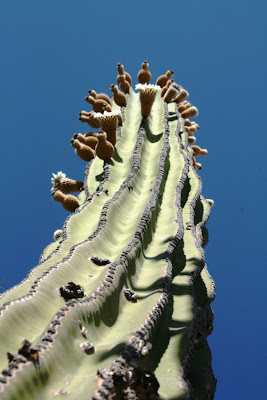 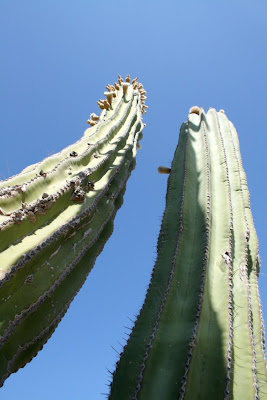 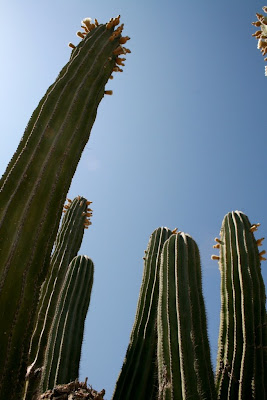