This text is taken from The Guardian, but as i never stop being amazed about Kate, i just wanted to share this post with you. Simple things, not a big deal if you look at them, but also just so cool & easy. 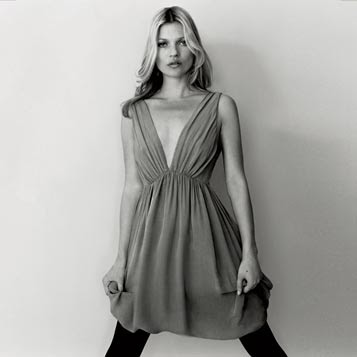 For 20 years, Kate Moss has been the undisputed queen of fashion. What’s her secret? Angela Buttolph explains the supermodel’s 10 golden rules.

More than a year ago, I started writing about the world’s most famous wardrobe: the outfits Kate Moss has chosen to wear over the years. Everyone knows that Kate has a great sense of style, but I wanted to find out how she developed it, and the lessons she had learned along the way. 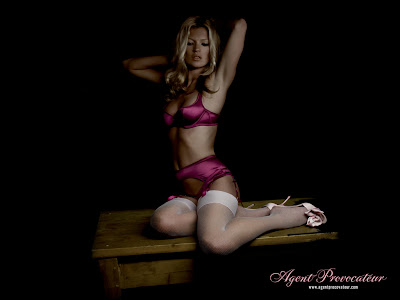 Moss has been dressed by the best in the business: from top designers, to big-name stylists and the greatest vintage dealers worldwide. Moss knows clothes. And over the years she has developed her own fashion formula. She may be the ultimate rule-breaker, but when it comes to her style, Moss follows a strict set of 10 “dos and don’ts” that she has stuck to religiously.

1. Do denim edgily
For Moss, jeans are a major style statement, not a no-brainer slob-out basic. Over the years, she has popularised low-cut skinny Sass & Bides, Diesel’s tiny hotpants, flared J-Brand Love Stories, and pale-wash (vintage ChloÃ©) wide-legged jeans. And each time, these were the exact opposite of the style that was currently “in”. Often, making the biggest statement means choosing a style no one else is wearing yet (Moss wore her high-waisted Ghost jeans when everyone else was just getting the hang of emulating her low-waisted skinnies – and the denim devotees soon switched over and followed Moss’s lead). Last week, Moss was spotted in Balmain’s bold zebra-print boot-cut jeans – think on. 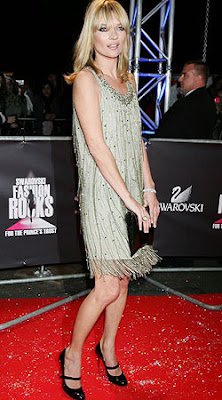 2. Make it look effortless
Wear your cocktail dress loosely belted; don’t brush your hair for the red carpet; wear teenage black kohl eyeliner; hack off hemlines with a pair of scissors; buy vintage clothes and accessories that are already a little beaten up. Moss never looks like she’s trying too hard which makes it all look effortless, and cool, and fun, and young, and sexy. Take note, Victoria Beckham.

3. Go for quality
Other than wearing her own Topshop label, Moss rarely shops on the high street. When she was a skint teenager she would buy second-hand cashmere polo necks, silk 1930s nightgowns and original 1940s tailoring from Portobello market. Real vintage clothes can still offer a quality of fabric and cut that no longer exists, and at a fraction of modern designer price tags. 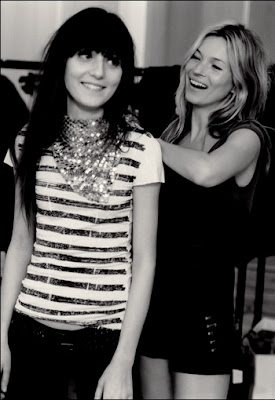 4. Be a dress-code rebel
If there’s one sneaky style trick that always guarantees Moss is the centre of attention, it’s this: she’ll wear the exact opposite of what is expected. From a grey, pared-down knee-length shift dress on the red carpet at the Cannes film festival, to tight leather trousers and a tuxedo jacket at the strictly-black-tie Metropolitan Ball in New York, to a sweet 1950s prom dress and swept back hair at the NME music awards, to sequins at a muddy music festival, or, ahem, white-hot pants to a wedding, Moss disregards the dress code and yet somehow manages to make everyone else feel like they’re the ones who got it wrong.

5. Keep prints timeless
A cotton shirt in a pale blue cowboy plaid, a foxy ocelot-print jacket, classic stripy tops (thin and French, or wide and punky), 40s-style floral dresses, a glam-rock star pattern blouse … Moss keeps her prints simple and classic. She rarely wears a designer’s print of the season, or unusual or stylised modern patterns. This is the key to her timeless style, and, alongside a mostly neutral palette of black, grey and navy, has helped her style endure through the years, so that even pictures from 20 years ago look stylish today

6. Wear it tight to the torso
Moss has spent years watching the world’s top designers and stylists tailoring clothes to her frame for catwalk shows and photoshoots, so she knows about fit. And she always wears her clothes tight to the torso. Moss is short (5ft7in) and very petite, but this is a great tip for flattering and slimming any body shape. Moss regularly has clothes altered that do not fit her signature ribcage-hugging silhouette; it’s a simple but subtly effective device and means that the clothes always look as if they were made for her, and could never have been worn by anyone else.

7. Go for authenticity
Hippy, punk … glam rock … 1960s ingenue … 1920s starlet – Moss flits effortlessly between personae without ever looking like she is wearing fancy dress. She pulls it off because she always buys authentic pieces rather than “get the look” styles. If Moss wants hippy boots, she’ll buy the original Minnetonka lace-up fringed suede boots. If she wants to go punk, she’ll buy a Vivienne Westwood T-shirt from the late 1970s. She won’t go to Topshop and buy a new T shirt with a “punk-style” slogan on. Whether it’s a genuine 1920s beaded flapper dress, a man’s trilby or Hunter Wellington boots, Moss’s clothes have integrity, which is why she always looks like the real deal.

8. Focus on clothes
For Moss, getting dressed has never been about fashion. It has only ever been about clothes. Early on, through her a
dventures in vintage shopping, she learned to appreciate each garment on its own merits. A beautiful silk blouse is a beautiful silk blouse, so how can you go wrong? A trench coat that fits you to perfection will always look amazing. If a piece resonates with her at that moment in time, she’ll buy it. Focus on looking great, rather than on looking on-trend, and you can’t fail. As Moss herself says “clothes go in and out of fashion, but that’s not style. Style has to be classic.”

9. Mix and mismatch
Moss mixes clothes that really shouldn’t go together. A lace Victorian mourning cape with PVC jeans? Punk boots with a sequined dress? A prom dress with a leopard-print coat? She breaks the usual style rules and sets off new trends worldwide.

10. When in doubt, buy diamonds
From the 19th-century diamond drop earrings depicting flowers growing in a pot, to the simple set of diamond, sapphire and ruby bangles she was given by Donatella Versace, Moss knows that nothing brightens up a simple outfit like some serious, but subtle bling.
For boys & men, check out Justin Timberlake and his clothing line William Rast in video.