Our friends from Rojkind Arquitectos just send us images of their recently finished building. it is a lab for Neslte in Queretaro Mexico after their first collaboration for the chocolate museum which was widely covered by the media. 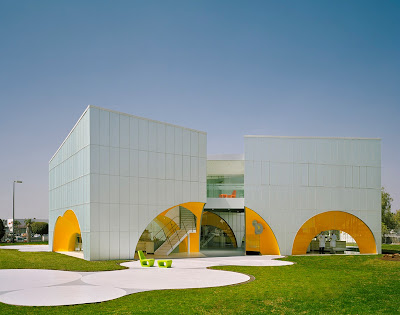 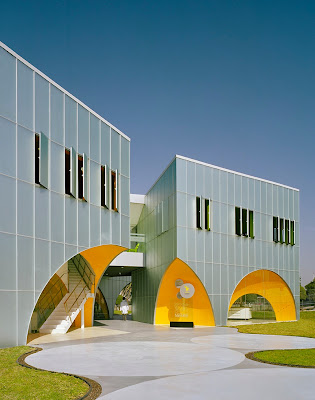 This new project had another challenges to beat: the center of Querétaro is a World Heritage declared by the UNESCO on 1996, because of this, the restrictions to build in the city in general are quite though regarding the use of certain architectural elements. The new building most have an Arched Entrance. 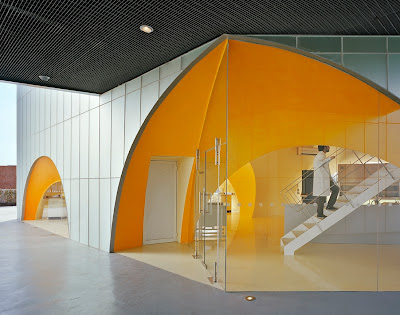 Rojkind re-interpeted both the concept of the arch and the concept of the entrance for this industrial project, a series of segmented domes (which are nothing but repeated arches) was proposed as excavations which guide you into the space of the building which is mainly an orthogonal shape covered in a satin-finished windows. 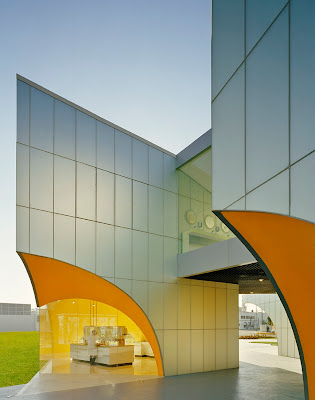 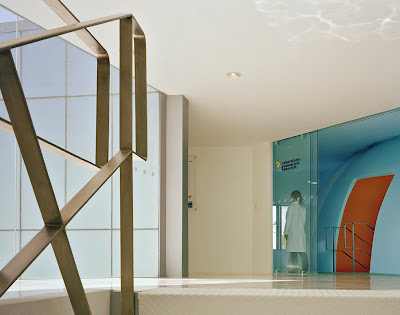 while the exterior is in appearance opaque and “metallic” in the interior of this laboratories, the scientist and their white robes float in a sequence of yellow, green and blue spaces. 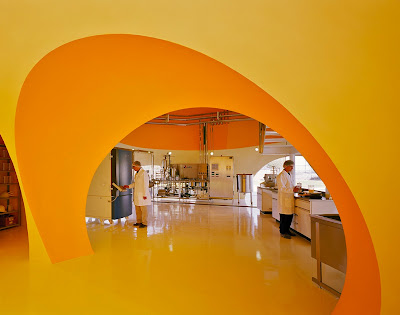 As in previous projects, Rojkind paid attention to the skill of the local workforce and rather than fabricating the domes and finishes by a digital fabrication process, he figured out the best geometrical and easiest way to build the “foamy” space by using steel concentric rings 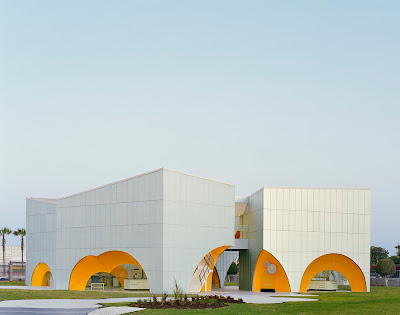 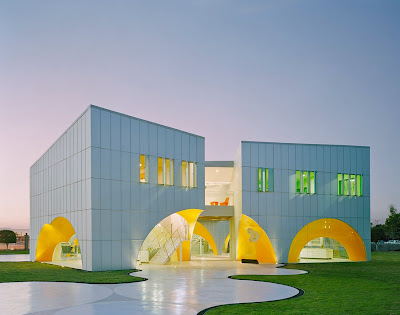