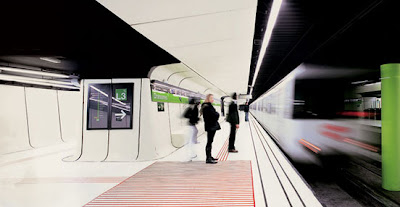 And seems we continue with our ‘Barcelona’ feeling these days, well who into design wouldn’t love Barcelona? This time we are bringing you a project we knew about long ago, but didn’t had the chance to saw it finished until now:

Originally built in 1968 the project for the remodeling had two big constraints: the restrictions of the space and the conditions of all the existing components. ON_A Arquitectura accepted the challenge and made the best of it by covering the old station with new surfaces. Since the size of the station cannot be changed, the project can only refer to the finish of the interior skin.

*before and after image

The large quantity of existing installations makes the project to have a very high complexity, where the new skin has to be adjustable and generous to the new components of the station.

In order to resolve these issues ON_A chose as an image-concept the interior vision of an existing train wagon, supposing that in itself it already contains all the elements passengers need. ON_A took this as an inspiration to create a new skin for the station. 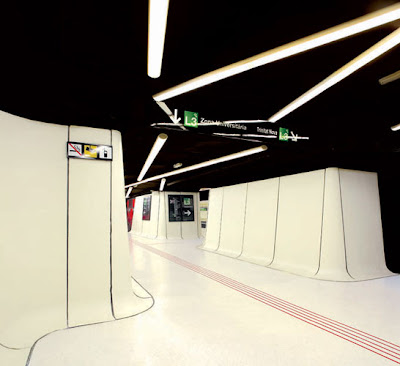 â€œWe referred with regard to the material to white GRC (Glass Reinforced Concrete) which provides us with the same qualities as concrete with steel, but having a weight which is a fifth of it making an installation within a given space a lot easier. At the same time we also dispose of a continuous white floor composed by resins which allows us to prevent likelycracks provoked by the vibrations of the train.â€ say ON_A about the project. 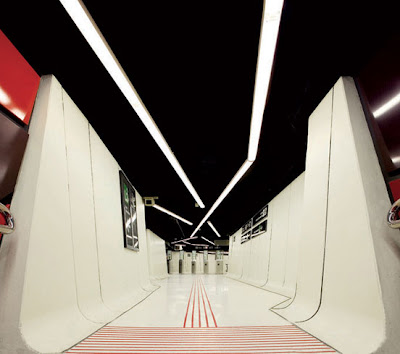 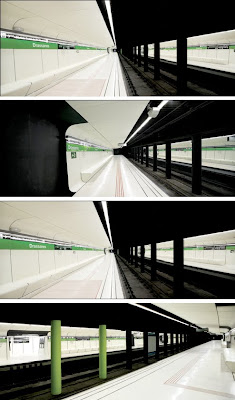